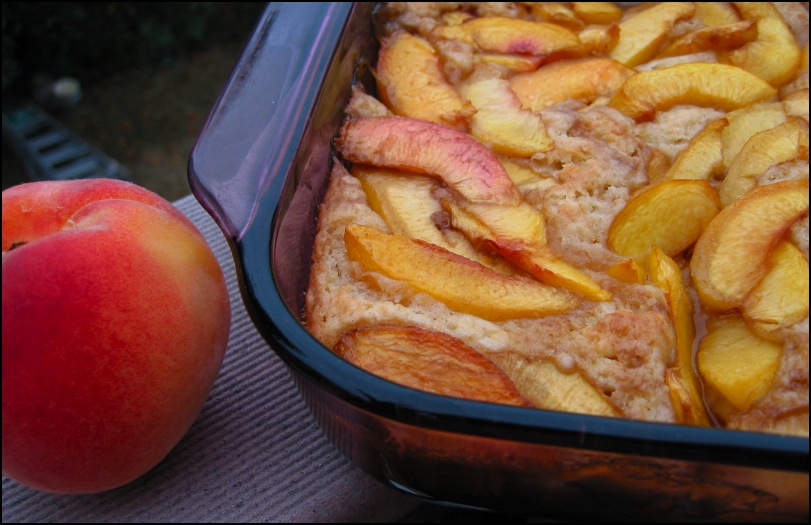 Preheat oven to 350. Grease a 9″x13″ baking dish.
For the batter, mix together the sugar, flour, baking powder, and salt. Cut in the margarine until the mixture is course and fairly uniform, then mix in soymilk. Plop the batter into the greased pan in a relatively even manner. Neatness is not particularly important.

Mix the peaches with the brown sugar, cinnamon, and pinch of salt, then spread over the batter. You can do this very carefully and neatly, but I was feeling impatient at the time, so I just cobbled it together. (*giggle*)

Pour the cup of boiling water over the top and immediately place in the oven. Bake for 40-50 minutes or until the crust is nicely browned.

* Peaches can be peeled using the same trick that works for tomatoes: score an X on the bottom, then dunk them in boiling water for 30-45 seconds. Cool in cold/ice water. The peel should come off easily.