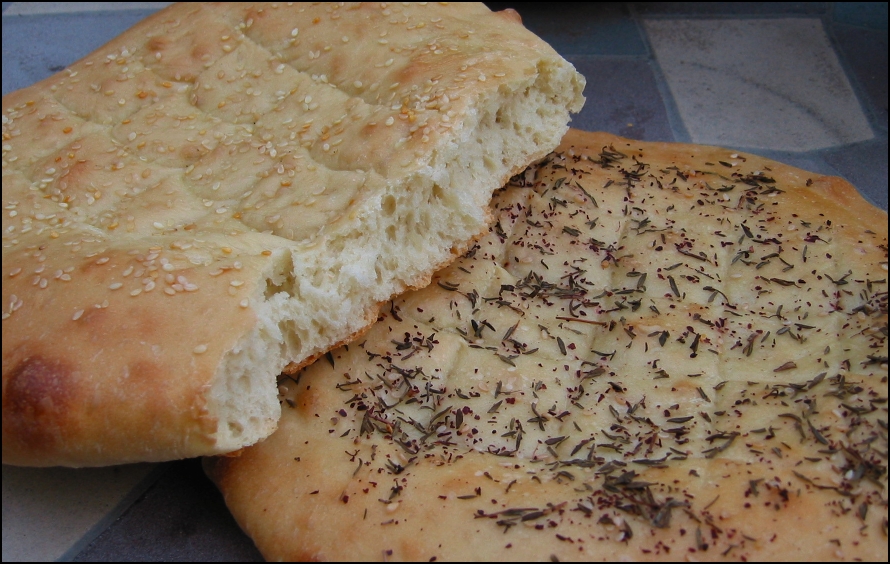 1. Sprinkle the yeast and sugar into 1/2 cup of the water in a bowl. Leave for 5 minutes, then stir to dissolve.

2. Sift the flour and salt together into a large bowl. Make a well

in the center and pour in the dissolved yeast and the olive oil.

3. Mix in the flour. Stir in the remaining water, as needed, to form a firm, soft dough

4. Turn the dough out onto a lightly floured work surface. Knead until smooth, supple, and elastic, about 15 minutes. (Initially, the dough will be quite stiff. It will soften and stretch gradually as you continue kneading.)

5. Put the dough in a clean, oiled bowl, turning it to coat evenly with the oil. Cover with a dish towel, then let it rise until doubled in size, about 1 1/2 hours. Punch down, then let it rest for 10 minutes.

6. Divide the dough into two equal pieces. Roll each piece into a smooth ball. On a lightly floured baking sheet, roll out each piece of dough to form a ~10″ round, ~1/4″ thick. Cover with a dish towel and proof for 20 minutes.

7. Use the blunt edge of a knife draw four parallel lines across the top of each dough round, then four more perpendicular to those to make a criss-cross pattern. They, uh, should be deeper than mine were.

8. Brush the rounds with a soymilk or water glaze and sprinkle with your topping of choice.

Optionally (but I always like to), add steam. When the bread is put in to bake, use a mister to spray the sides of the oven with water. Do it again after two minutes, then after another two minutes for a third time. This improves the texture of the crust.

Pictures from my first try, when I scored too gently: 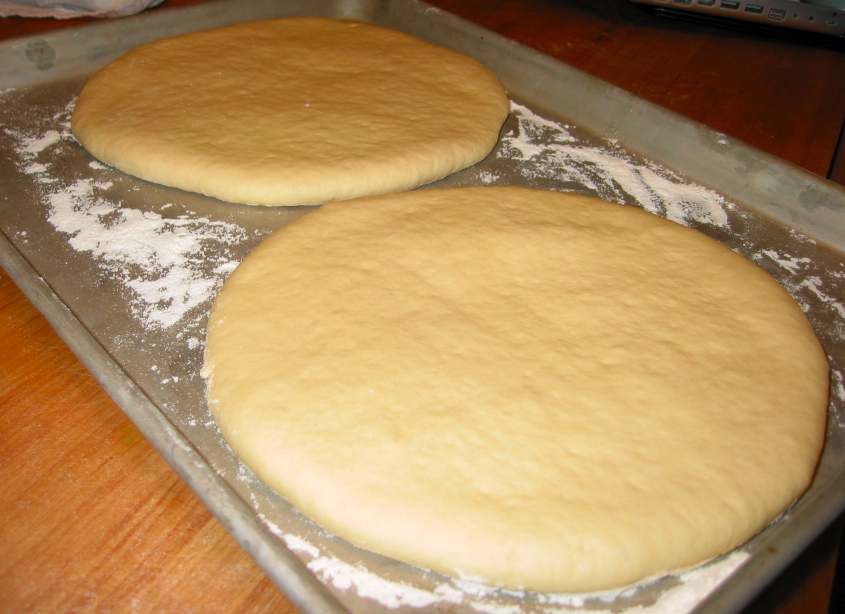 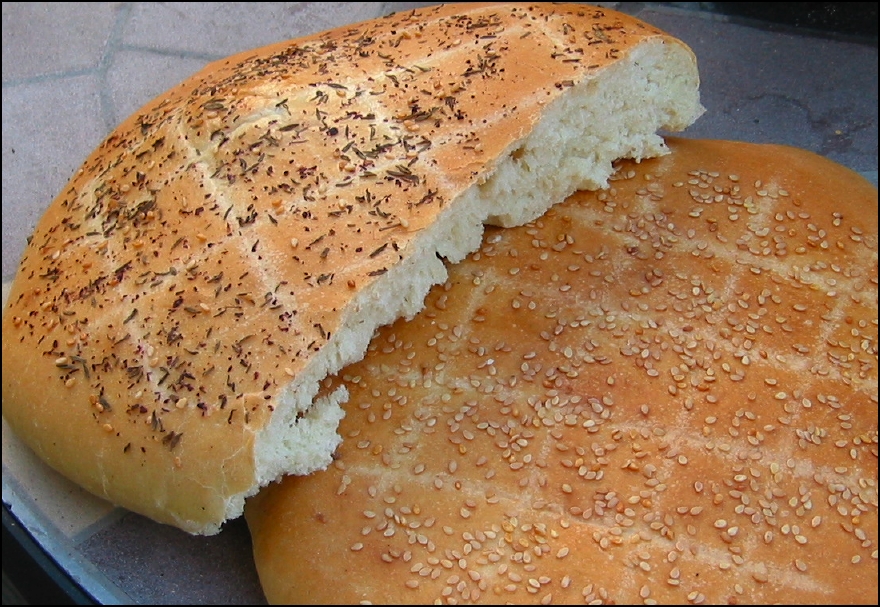